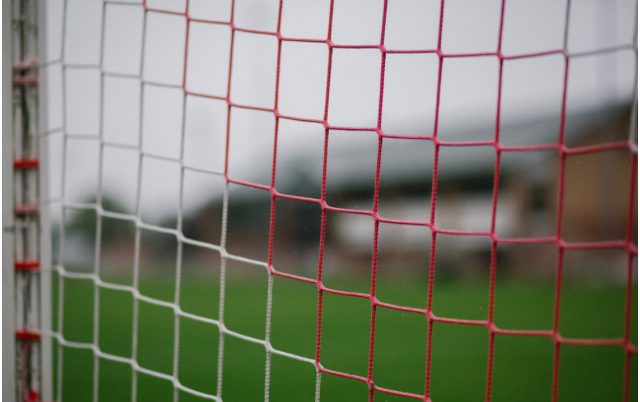 The fireworks set off by Ballymacash Rangers before the game backfired badly as Crewe showed their strength to ease their way into the next round of the Steel & Sons Cup.

Crewe set a calm and structured tone for their game from the off as they showed their passing game despite the boisterousness of the home crowd.

Despite missing several regulars Crewe bossed the first half and should have took the lead with Gary Lavery’s shot just going past the post.

Crewe deservedly took the lead as the returning Dan Smith rose high from a corner and buried a header into the home net.

The visiting side dominated the half and it was only a matter of time before the second goal came as the superb Noel Halfpenny rounded the home keeper an smashed it into the Ballymacash net.

The second half opened with both sides having the ball but Crewe looking more dangerous when in possession.

The half progressed with both sides having periods of the ball without many clear cut chances being created. The Crewe back four of Deane Youle, Tiernan McAuley, Anto McGonnell and Michael McBriarty were superb and American keeper Ryan Burig was excellent again.

The unrelenting Dan Smith could have sealed the tie with a great solo run but his shot hit the bar and Gary Lavery couldn’t covert the rebound.

As the game came to a close Matty Parker was dismissed for a second yellow card and Ballymacash scored a consolation goal in the last minute of injury time with a penalty to make the scored respectable but overall a well deserved victory for the Glenavy side.