Those who visit Crewe Park today would find it difficult to comprehend the distance we have come from the early beginnings as Junior club.

When Crewe United started playing at Crewe Park in 1963 there was just a pitch marked out within an open field and a small hut for a dressing room. A wash or a shower after the match could only be achieved by going down to a river nearby. However, it sufficed at the time, it was our home, and in 1970 prominent Belfast businessman Derek Rice and Harry Sinclair managed to gather up the finance for one of the old asbestos type bungalows.

Within the club members were able to construct the dressing rooms and a small club house which doubled as a bar, even though there were only about 12 chairs. Ten years later the club acquired a large wooden structure from another sports club in Dundrod and with the assistance of players and officials and anyone who was prepared to help rebuild the wooden shell over the existing asbestos building. Subsequently the club became licensed premises and it was officially opened in 1980.

On a wet and cold winters night in 1989 Linfield FC officially opened the first set of floodlights at Crewe Park in a match organised by the late George Keenan who was on the Board of Linfield and a great friend of Crewe down through the decades. The floodlights were innovative for a team of our level at that time and the glow from Crewe Park could be seen from miles around. At that time a real driving force was the late Eric Lyons who resided as Chairman and George Hull was a loyal supporter and carried out exceptional work at that time around the ground.

In January 1990 the real beginnings of the current facilities began to take shape and a meeting under the chairmanship of local councillor Ivan Davis to assess and plan for a more modern facility was set in motion. This innovative concept was launched at a press conference in 1990. The first sod on the new development was cut by the then Northern Ireland Minister and Conservative MP Jeremy Hanley, and he remarked on the positive and progressive ethos of the club and how we used sport to break down barriers throughout the Troubles here.

The new building was constructed in stages and funded with grant aid from the Central Community Relations Unit, the Sports Lottery, Lisburn Borough Council, The Football Trust and local and national sponsorship in the region of £100,000. Additionally, the project could not have been completed without the voluntary help of all members whose contribution cannot be overstated. The new building was completed in 1999. 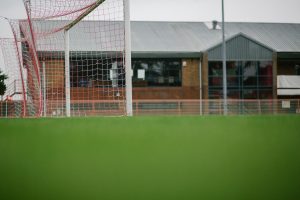 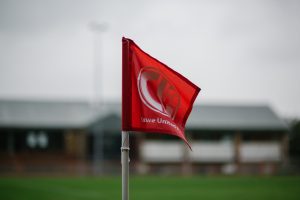 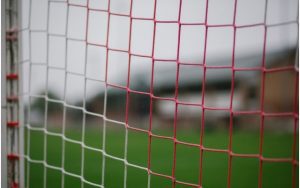 In between times the stand and terracing paved the way for the ground to be one of the leading Intermediate grounds in the country, something that has been maintained over the years. 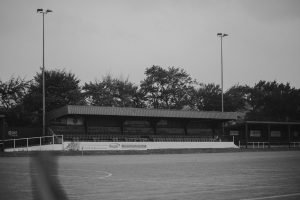 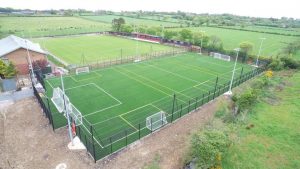 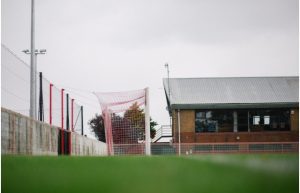 The progress didn’t stop there as in 2008 the old ‘slanty’ pitch was gone forever. It took around £80,000 to construct the new sand-based pitch and since then Cecil Haffey has looked after it and is one of the best in the country to play on to this day. Funding was secured from the English FA in London and the Alpha Programme.

In 2014 the floodlights underwent a major £50,000 overhaul to bring them up to modern standards and we are still one of the few Intermediate sides with floodlit facilities on our main pitch. As a result, we have been fortunate to host many International U21, U19 and U17 sides, both male and female, from across the world. It is testament to the hard work and dedication of everyone at the club that we can host such teams at Crewe Park.

2018 saw the construction of a 4G training pitch for our club and others to use. The £350,000 investment has been a fantastic addition to the club facilities and has helped expand the youth teams at Crewe and opened the doors to it being used on a weekly basis by the IFA as part of their small sided games programme.

The progress didn’t stop there an in 2019 the main clubhouse underwent a £100,000 makeover and turn it into a first-class venue for everyone to enjoy when they come to the club. 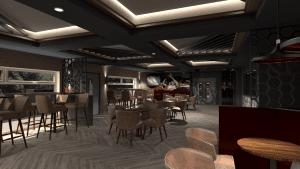 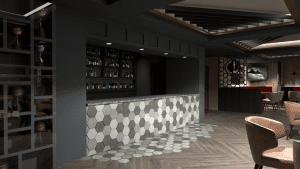 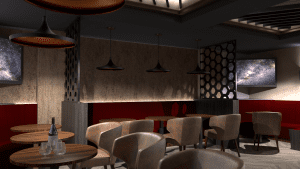 This was quickly followed in 2020 with the changing rooms being refurbished to a standard which most professional clubs would be proud of. Despite the challenges 2020 brought the 2nd full size grass pitch and additional car parking were constructed, again under the evergreen Cecil Haffey and he again produced another carpet for our teams to play on and it measures 15m longer and 10m wider than the main pitch at the club.

All the developments are indeed a far cry from the ‘Wee hut’ and ‘shower’ in the river. It is impossible to recall all those people whose contribution was so important, but some easily come to mind. The Shephard brothers, Eddie Boyle, Ivan Johnston, Tommy Hanna, Joe Beattie, Michael Ryan, John Murphy, Victor McCormick, Ann Mulholland, Ethine Brankin, Joe Bell, Norma Vokes, Hugh Bell, Jim McCullough, Reg Wilson, Peter and Margaret Toland, Hughie Jordan, the Agnew brothers, Chris McClelland and many more. Today the work around the club is driven by Davy Stewart and Rab Walsh and like the many men and women before them, we simply could not survive without them

Add to this an illustrious list of Vice Presidents notably George Smith, Richard Hedges, Mark Singh, Ron Wilson and George Keenan. They have all played their part in the Crewe Story.

In all of the developments down through the years has been the unstinting support of the Shephard family. Our first President, Joe Shephard laid the foundations from which the club would grow. When Joe passed away, this mantle was passed to his son Denis who was ever present at Crewe Park and he oversaw a period of change and development which will probably never be seen again. Since his passing in 2018 his wife Moya Shephard has once again continued the family support and became our first female President. Without their support our club could not have achieved anything and for that we can only be eternally grateful.

Progress has, and always will be, one of the main foundations of the club. 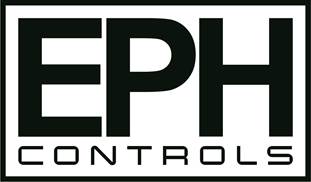 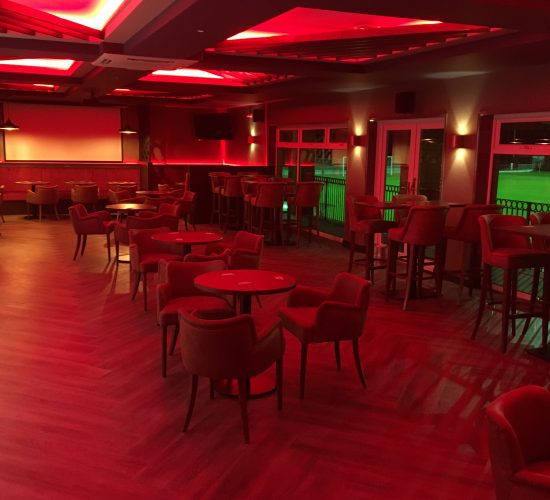 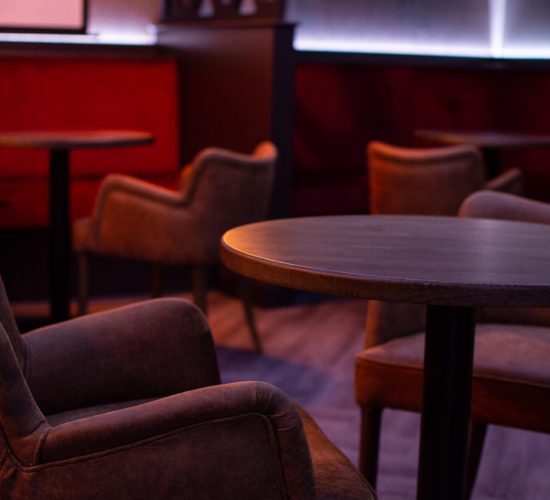 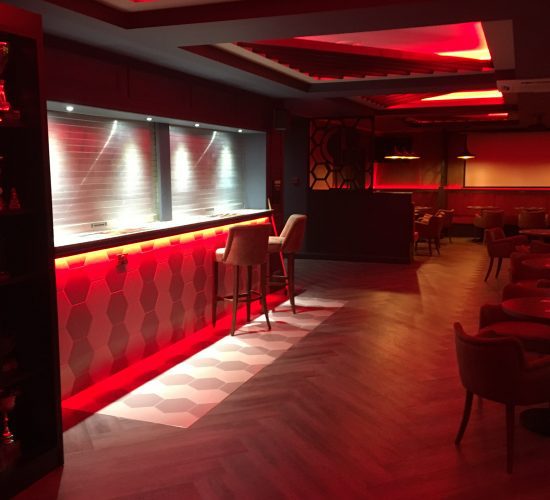 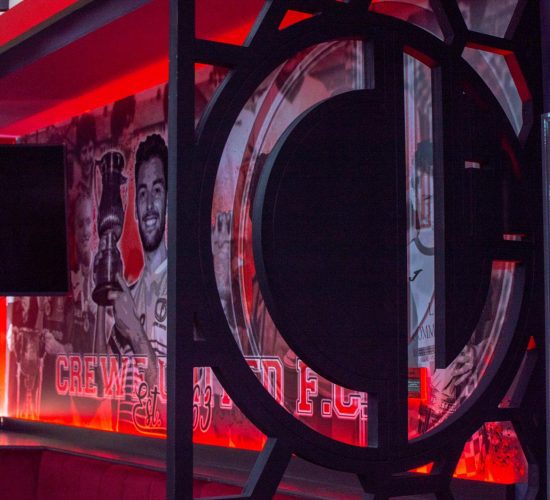 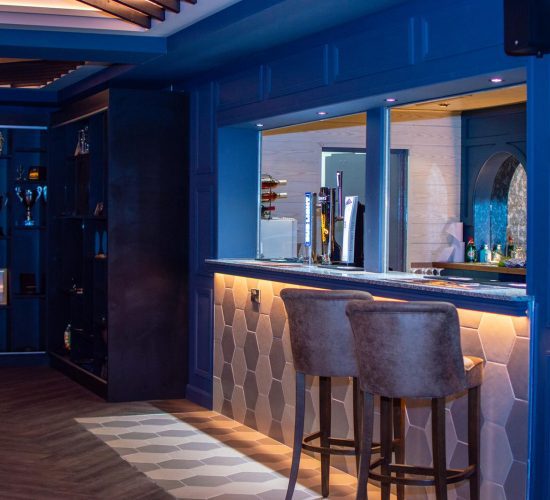 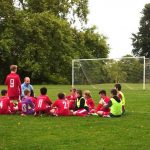