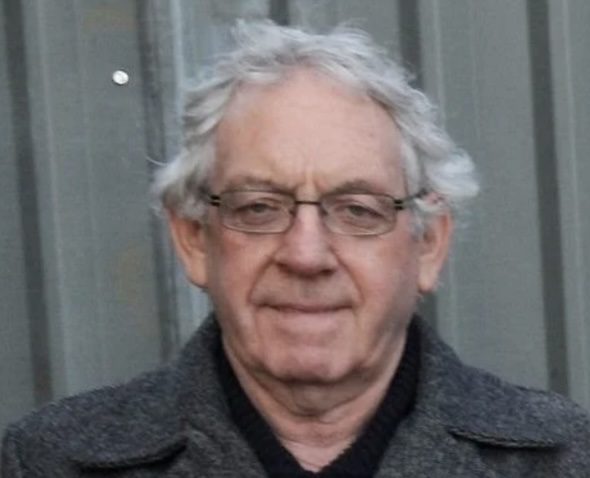 At the club’s recent AGM Crewe’s founder, Tom McKenna, decided to step down as Chairman. Together with his late brother Gerard, the club was formed by Tom at the tender age of 19. Who was to foresee the story of progress, success and friendships that can been traced over the last 60 years.

From starting out on a Parks pitch at Woodvale Park in Belfast, then on to Barbour Playing Fields in Lisburn it was a fateful meeting with the late Joe Shephard that began the Crewe story at Crewe Park.

As a player Tom won countless league and cup medals with the club and when the boots were hung up, they were replaced by the managers coat. His managerial period marked the most successful time on the pitch for the club as the coveted Junior Cup was lifted as well as successive Amateur League titles which culminated in the clubs promotion from Junior to Intermediate football in the early 1980’s.

As he moved upstairs after management, Tom’s foresight was as strong as ever with floodlights installed at Crewe Park in 1989, the old clubhouse demolished in 1991 and stands and terracing built to make the ground one of the best in the country. Crewe Park today is testimony to his dedication, commitment and love of the club.

However perhaps the proudest aspect of the club over the years has been how people from all backgrounds and beliefs were, and are, welcomed through the Crewe gates. Even in the darkest days of the troubles Crewe Park was a safe place to be for anyone and everyone. That was an ethos cultivated by him.

Down through the years there have been so many cross community initiatives but the greatest of all was the Torch of Hope project subsequent to the Warrington bomb. The lasting friendships and success of that initiative will never be forgotten.

Tom also managed to bring some top teams and players to Crewe Park. Brentford, Luton Town, George Best, Jock Stein, Jan Molby, Kenny Samson, Alan Kennedy to name but a few have visited Glenavy all because Tom always pushed the boundaries of what could be achieved, even by a ‘small’ club.

The club continues to thrive and prosper today and he can only be bursting with pride at what he has built on and off the pitch at Crewe. The club is forever grateful for his efforts. We are sure that he, and everyone else, would acknowledge the support from his wife Nora which helped him achieve so much down through the years.

Happily, Tom will be remaining on the main Committee and his experience will be invaluable to the club. Thank you for everything you have done for Crewe United F.C.

Taking up the reigns as Chairman is Tom’s son, Thomas, who has been steeped in the Crewe traditions having also played and managed at the club. On taking up the role he commented ‘It is a very proud moment for me to become Chairman of the club. It is important to remember the values that have made this club so progressive and unique on and off the pitch and take these forward into the future. Words aren’t enough to describe the work of my Dad and if I can achieve a fraction of that then that will represent success’.

Speaking of the current Committee he added, ‘the work that goes on behind the scenes is unbelievable. We have people who work so hard to keep the fantastic facilities the way they are and they are the ones that make the club a success’.

There was also the appointment of a new Vice-Chair as Peter Moorhead who has been head of the Youth set-up comes in. Peter has been a great asset to the club since he joined a few years ago and his enthusiasm for the club is there for all to see. Peter said ‘Crewe is a massive club and has the potential to achieve even greater things in the future. We are here to work hard and continue the  upward journey of the club. It is very special to be appointed as Vice-Chair’.

It is also fitting that Peter moves into a senior role nearly a year on from the passing of his Uncle, George Smith, who was such a positive influence and great supporter of Crewe.

It is always great to see former players return to the a club to help us move forward. Scott Bingham, former Crewe captain, joins the Committee ranks as football secretary and will no doubt make a massive contribution to the club in the years ahead. It is great to have him back.

Finally we would like to welcome Gary Waterworth in his new role as Chief Executive. Gary has been with the club for several years after hanging up his whistle as referee in the Mid Ulster League. A man with great experience and eye for detail he will no doubt make the role his own.

The club wishes everyone well in their new positions and thanks everyone on the Committee who give of their time to make Crewe Park and our club simply special to be part of.