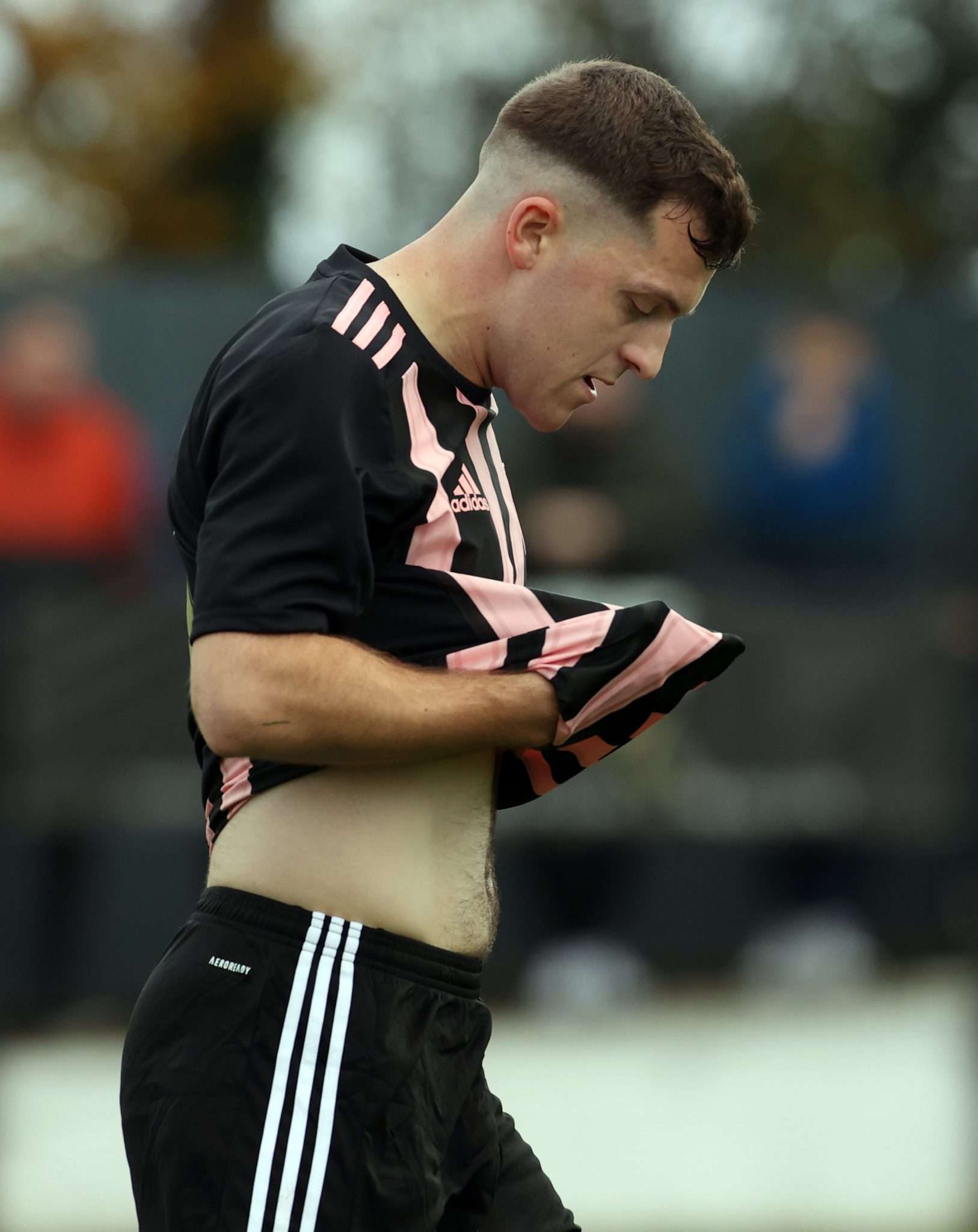 Crewe bowed out of the Irish Cup to MUFL stable mates St. Mary’s, losing out 3-1 after Extra Time.

The Glenavy side went a goal up after only 6 minutes after a smart finish from Ciaran Murphy. The home side looked in control until Jack Wasson was rightly dismissed on 35 minutes after receiving a yellow card for a tackle and he left the referee no choice but to show another yellow for his reaction to his booking. This was to change the whole complexion of the game.

Crewe got through to half time with their lead in tact but an uphill climb was to come.

As the second half progressed St Mary’s pushed Crewe back and began to make the extra man advantage count. AJ DaSilva should have scored with ten minutes to go as he was through on goal but his shot was easily saved by Matson in the Crewe goal.

Jamie Devenny was introduced up front for Crewe and he made a difference with Crewe looking a bit more threatening when they got into the final third.

Dylan Whiteway made a last ditched block to deny the visitors but the equaliser came soon after, slotted home by Ciaran McCann with four minutes from time. It was no more than the Saints deserved after sustained pressure and chances.

The first period of extra time was five minutes old when Rhys Calvert was dismissed for a second yellow after persistent fouling.

St Mary’s piled on the pressure and missed chance after chance until eventually Niall Robinson scored from close range after a goal mouth scramble.

Crewe were left with no choice but to try and push forward even with 9 men but it wasn’t to be. DaSilva scored with a super strike from 25 yards to seal the deserved win.

Overall a very disappointing result from Crewe and the lack of discipline cost the home side dearly. Good luck to St Mary’s in the next Round and hopefully a good draw awaits.

Ryan Kelly chipped in with 2 goals and a spot kick in the penalty shoot out to ensure the Reserves progressed to the Round 2 of the Wilmor Johnston Cup with a monumental effort from the boys.

Rangers had taken the lead through Matthew Gilchrist but Kelly equalled matters before half time.

Rangers again took the lead in extra time with a lovely strike from Matthew Paisley but Kelly replied again to peg back the home side.

Crewe ran out 4-2 winners on penalties with Captain Mick O’Neill, Ferry, Kelly and Hamill securing the win. Good luck to Banbridge Rangers for the rest of the season and many thanks for all your help today.