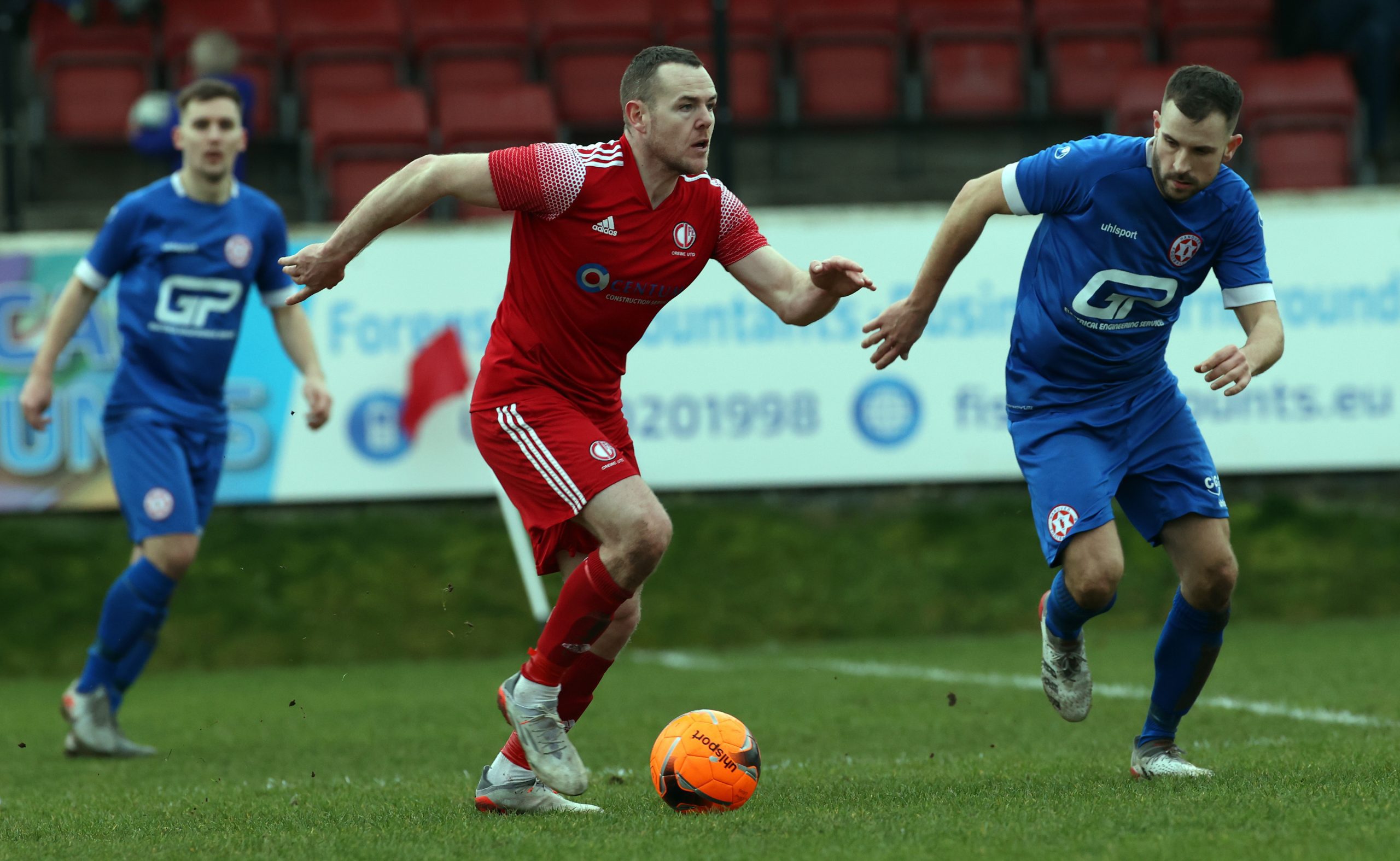 14th August 2021 Crewe lost lost 1-0 away to Oxford Sunnyside. A response was needed, and that response was a full year and 27 league games unbeaten which continued tonight as Moneyslane were defeated for the second time in 3 days, this time by a 3-1 score line.

Crewe dominated the opening stages of the game and had several chances to take the lead. It didn’t take long though as Michael McQuitty rose elegantly to power a header into the visiting net.

As the half progressed and chances were missed it felt like Moneyslane would make Crewe pay for their lack of goals. On 35 minutes Charlie Eaton mad a superb save from  Adam Stewart, tipping his free kick onto the bar.

Eaton was in the midst of it again when on the stroke of half time he was adjudged to have fouled as he plucked the ball from a Moneyslane cross. Stewart duly tucked away the penalty.

The visiting hope took a blow straight after half time when stand-in skipper Noel Halfpenny struck a thunderous volley into the back of the net.

Moneyslane battled hard but the ever reliable Dan Smith popped up again to end the game as a contest after 73 minutes to make it 3-1 and 3 points.

This Saturday the Crewe boys travel to Belfast to take on Shankill United in Steel & Sons Cup Rd2 which is sure to be a great game.