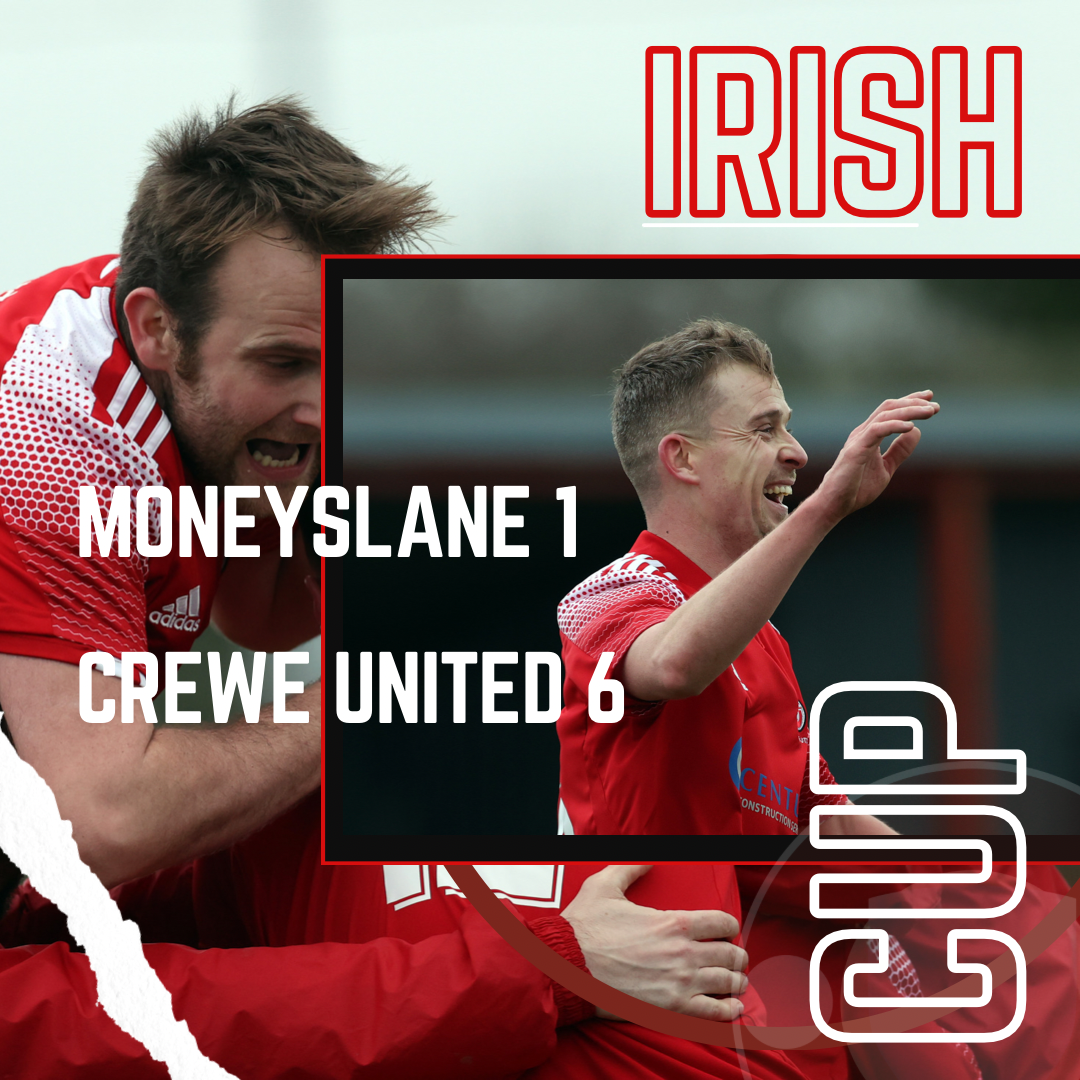 Crewe produced a vintage Irish Cup performance today as they put 6 past Moneyslane at a sunny Jubilee Park.

At a ground that has never been the most successful journey for Crewe it was after 14 minutes the lively Ryan Kelly scored a brave header which saw him receive treatment for a nasty cut.

The Glenavy side dominated play and soon after one of Eamonn McCarthy’s new signings, Rhys Calvert got on the score sheet for his first goal in red and white.

The ever reliable Noel Halfpenny made it 3-0 on the stoke of half time with a thunderous shot from just inside the penalty area.

The game was all but over shortly after the break after some great work from Kian Storey saw his effort fly in off the underside of the crossbar, again scoring his first goal for Crewe.

Further goals from Ciaran Murphy and a half volley from Steven Brown rounded off the Crewe goals for the day and the only spoiler was a lovely chip from Jordan Fairley as Moneyslane got a late consolation goal.

A super performance from Crewe as we move into the 2nd round of the Irish Cup. It will be familiar faces at Crewe Park next Tuesday night as we take on Moneyslane again in the league with a 7.30pm kick off.