Crewe Light Up The Dark With £30k Grant

Crewe United received another boost to add to their impressive Crewe Park complex with the announcement that they have been successful in a £30,000 award to install floodlights on their 2nd grass pitch at their Glenavy base.

The new grass pitch was built at the start of 2020 by Cecil Haffey and provides another top class grass surface at the club which was constructed primarily to facilitate the club’s Ladies, Youth teams and Over 35’s Men’s team which have grown significantly over recent years, and continue to expand. The new floodlights will allow for all year round use and the club have plans in place for other sports and activities to take place on the pitch aside from the additional club use. 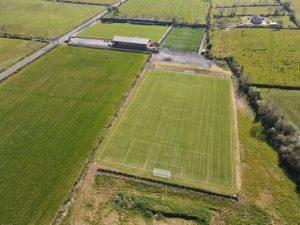 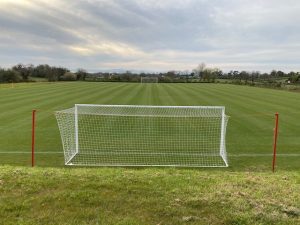 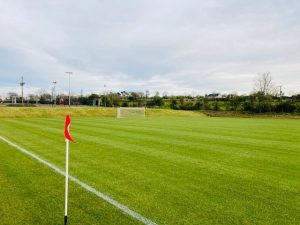 The club would like to thank Cecil Haffey, CMI Planners, Linton Fencing & Sports Grounds and FP McCann for their work on the new pitch. Work is set to start in the coming weeks on the installation of the floodlights and continues the long tradition of Crewe Park being one of the best footballing facilities in Northern Ireland. 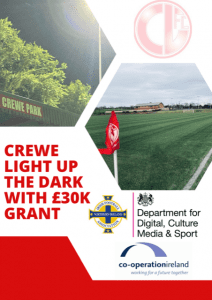 0Shares
PrevNext
We use cookies on our website to give you the most relevant experience by remembering your preferences and repeat visits. By clicking “Accept All”, you consent to the use of ALL the cookies. However, you may visit "Cookie Settings" to provide a controlled consent.
Cookie SettingsAccept All
Manage consent